“I’ve been through the beach sand on a shark with no name.”  That’s a bad pun on the song, “Horse With No Name” by a group called America, for you youngsters out there. It should be more like “I’ve trolled Destin beaches with a shark who can mame.” Or not.

This is the new man in my life! At least, I think it’s a male. I don’t really know much though. Just what I read on the attached birth certificate.

He showed up on my doorstep in a cardboard box about a week ago, to tell you the real truth. But this is not about truth. This is about happiness, joy and fun. Won’t you join me!?!

As you can see, there is no name yet for this critter who I have taken into my home and my heart. And that is where you come in. I keep wanting to say “him” as I write, so that must mean this is a male.  He has his own Facebook page, as I am hoping that his voice can bring joy to those who need it. And I am quite sure that is everyone. Especially right now, with the world as it is.

So I invite you to join us. Me and my nameless shark man friend, for a journey that we can all take together. The only limits looking forward are those we impose, so let your imaginations go and feel free as you follow this journey that I am inviting you on, to ask questions, suggest outings and first and foremost, GIVE HIM A NAME for God’s sake. He was created, after all, and don’t all creations deserve to have a name? I think so.

So far, All I can come up with are Chum, Stitch, as in Lilo’s dog, who was really an alien pretending to be a dog just to get taken in by a family. A family where no one gets left behind. And he won’t be left behind, I can assure you. Not by me. In fact, in just the few days he has been in my life, he has been to the beach, helped pick up groceries and had a pizza.

At the beach, I had to leave just as soon as we arrived because the minute I put him down, he chased after a toddler and tried to eat her. She got away unscathed, but it was scary there for a minute. Who knew that stumpy little wooden shark legs could go so fast!?!

Now for the pizza outing, my no name little shark man was on his best behavior. But I think that was only because there was something in it for him. Most of my pizza! Now he could have easily taken a bite out of the owner of Helen Back, which, well, I will let him tell you in his own words:

(No name yet shark man pet:) “Well, my  new keeper, this crazy lady who likes to tell people she is 60 but the zero is silent is quite a trip. She has been keeping me in the corner of her phony beach scene on her rug that she loves way too much, if you ask me. 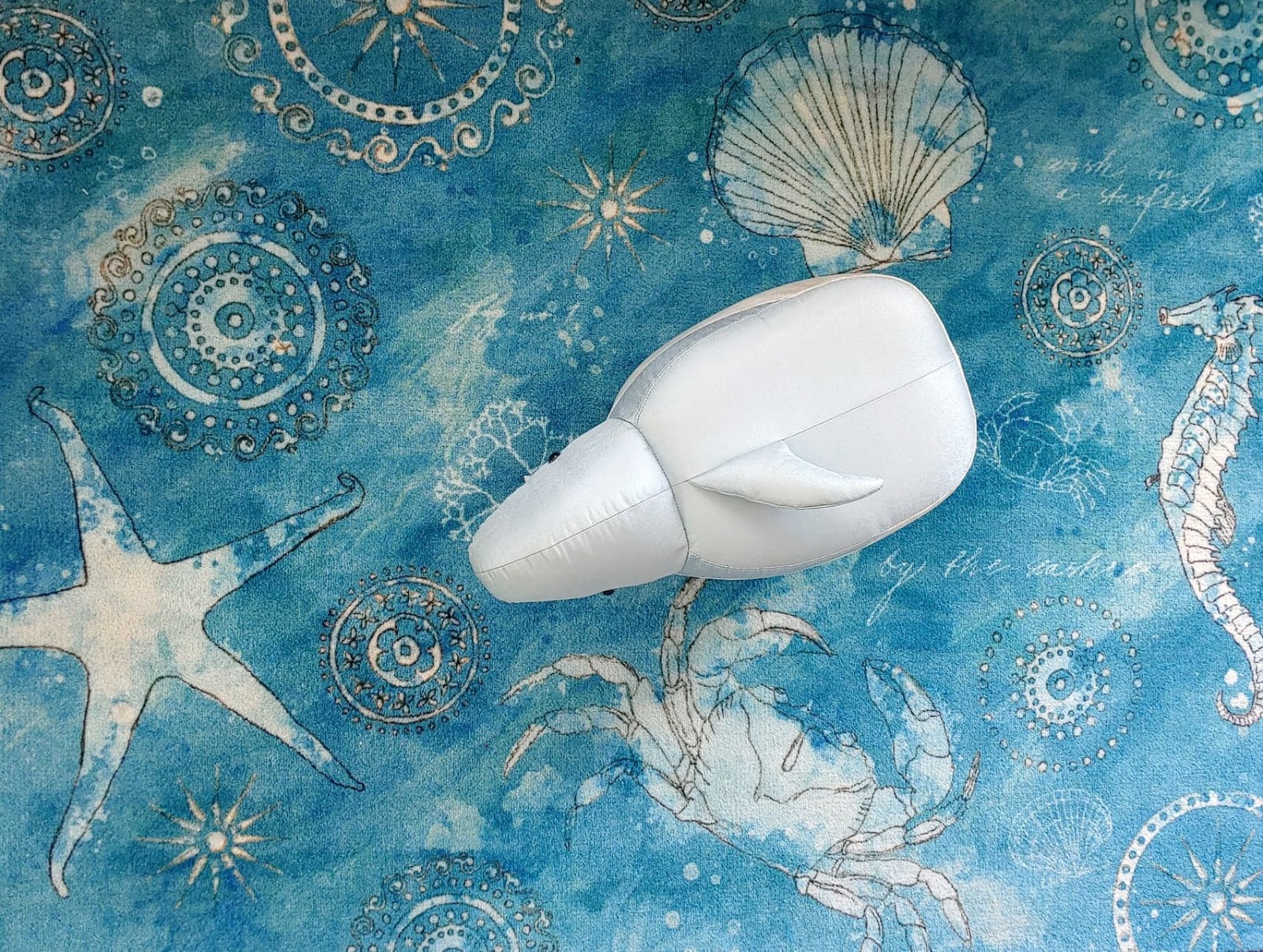 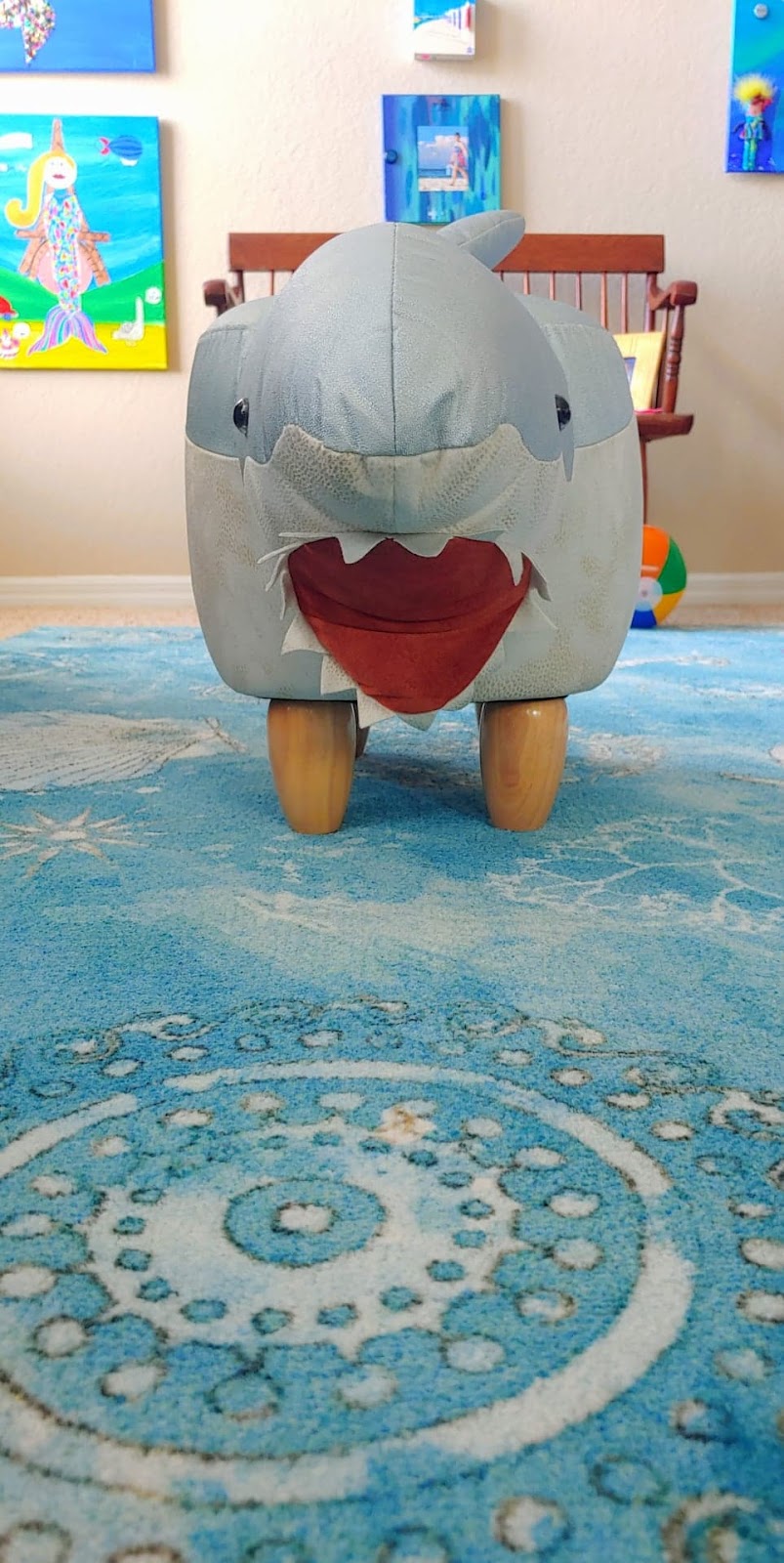 Anyway, she is not horrible to me, as she has taken me out a few times. Once to the beach, where shere shamed me for being me when I rightfully tried to snag that little blonde girl with the pony tail and scrumptious looking pink swim diaper. Oh well, maybe next time, I can distract my keeper and get a little two legged snack.

Next, she took me to this pizza restaurant. And what a car ride to get there! She drives like a maniac! Something about “ZOOM ZOOM” and her Mazda lead foot. I was getting car sick!

Anyway, she took me to this place called Helen Back Pizza, located at 1826 Lewis Turner Blvd, in Ft. Walton Beach, Florida. She’s friends with the owner. I don’t much care for him though. While he knows how to make a superlative pizza pie,(we had the “All Olives Matter,” which proved to be devine all four times we ate it til it was gone), this guy just hurled insults at me. Dismissing my heritage. Calling me a toothy hippo or some crap like that. I’ll tell you what. For someone who claims All Olives Matter, this guy has no respect for us sea critters with wooden feet. None whatsoever! He clearly knows nothing about the difference in Shark teeth and hippo teeth. Shark teeth are far superior thats what I want to tell him, after I give him a bite of my own medicine. I know she will be back there though and if she drags me along, which would not bother me as long as he doesn’t talk about me like I don’t have any feelings, because his pizza is truly that good, (who knew SPAM could be delicious!?! Lucinda told me she lost her SPAM virginity unknowingly when on her first Saturday in town, she ordered the Maui Wowie Pie, complete with SPAM charred or whatever just enough to actually be quite tasty amidst the green onions and pineapple and tomato sauce and cheese.) 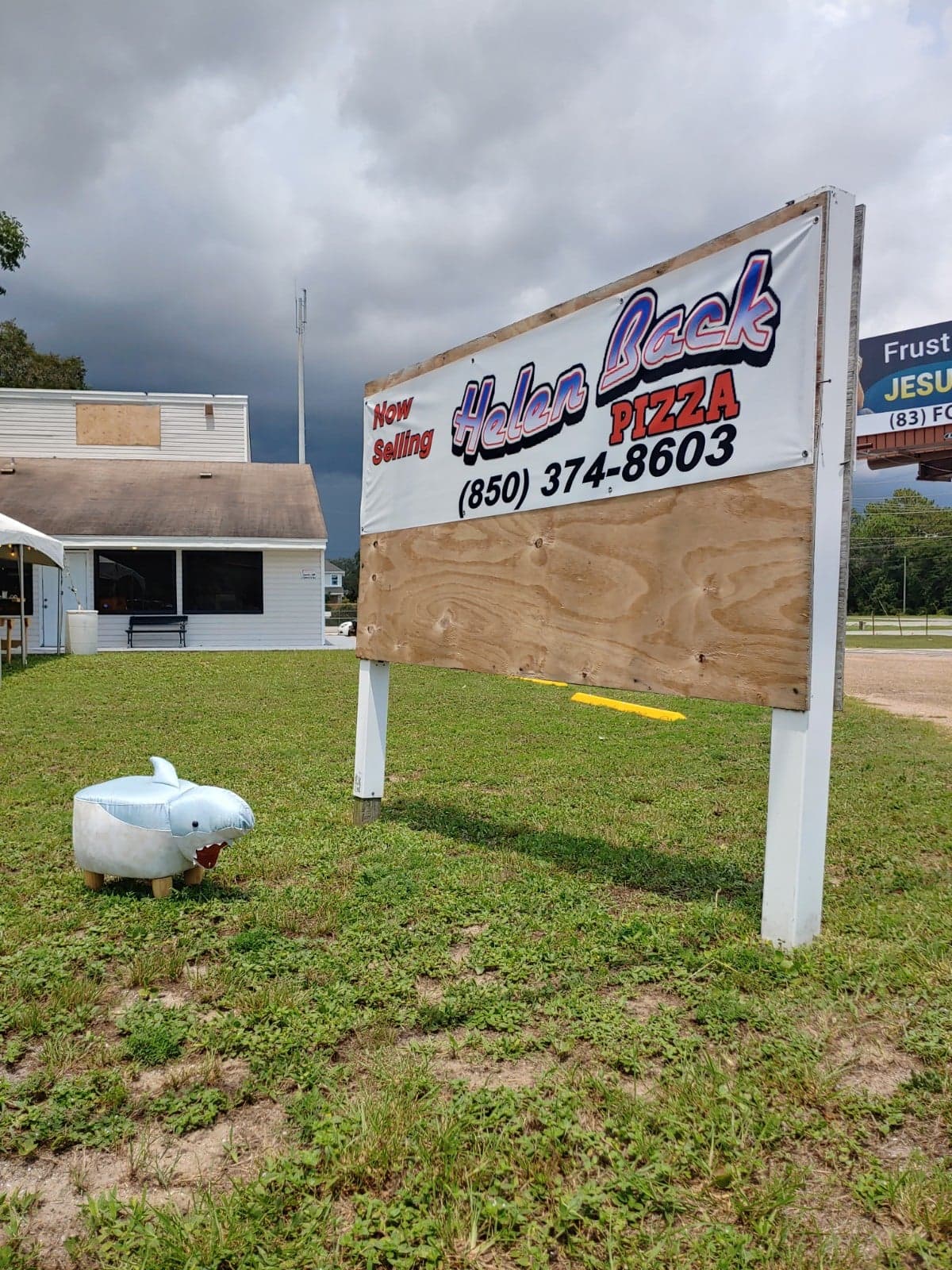 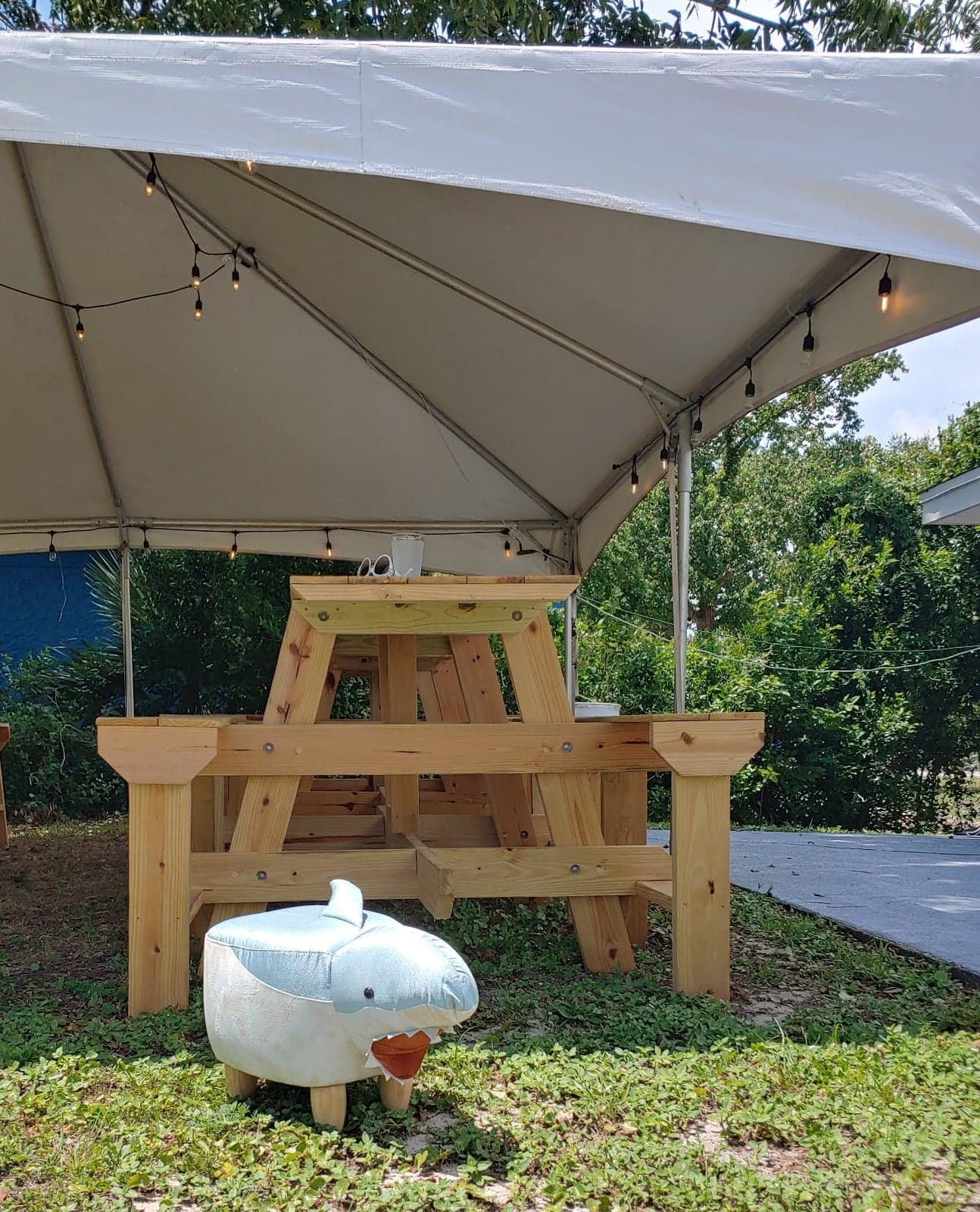 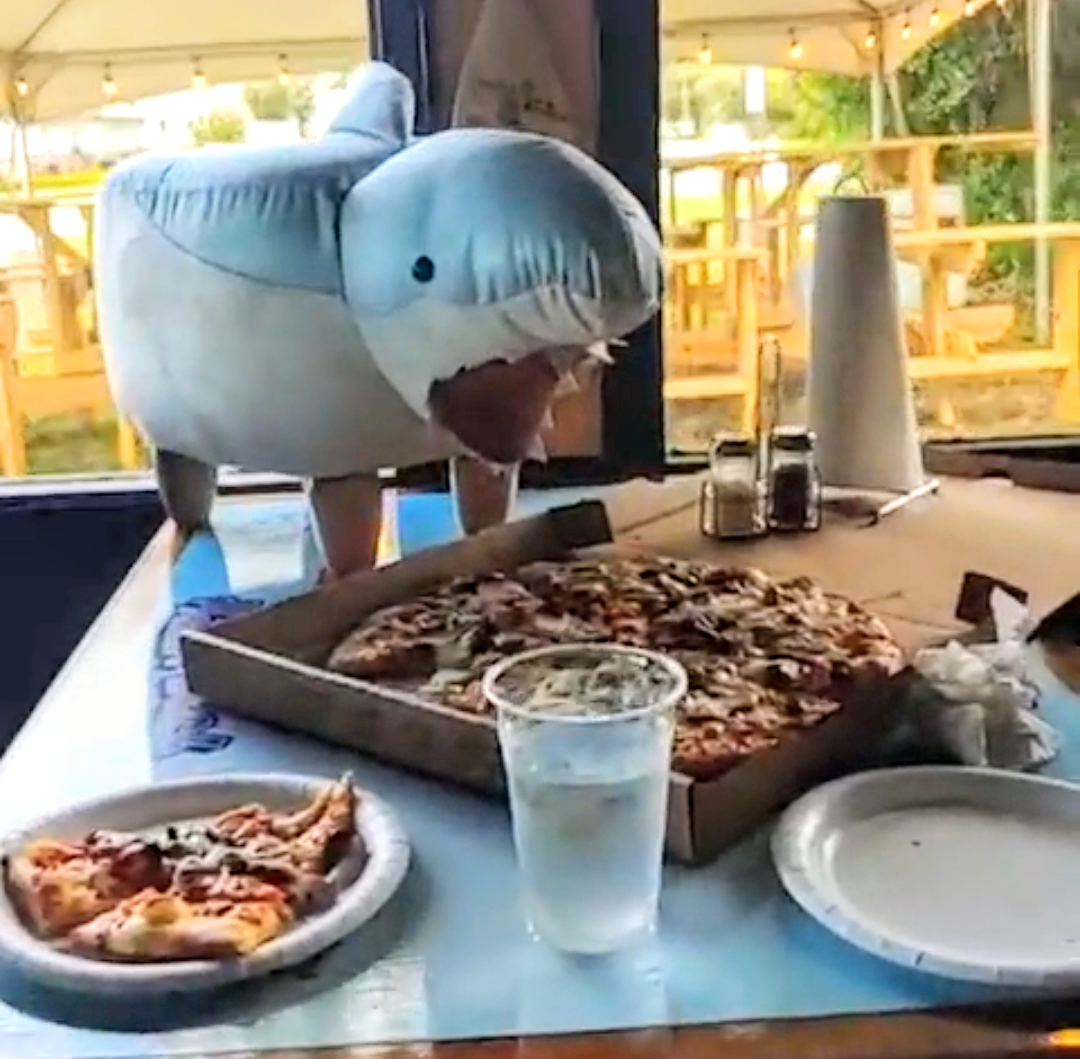 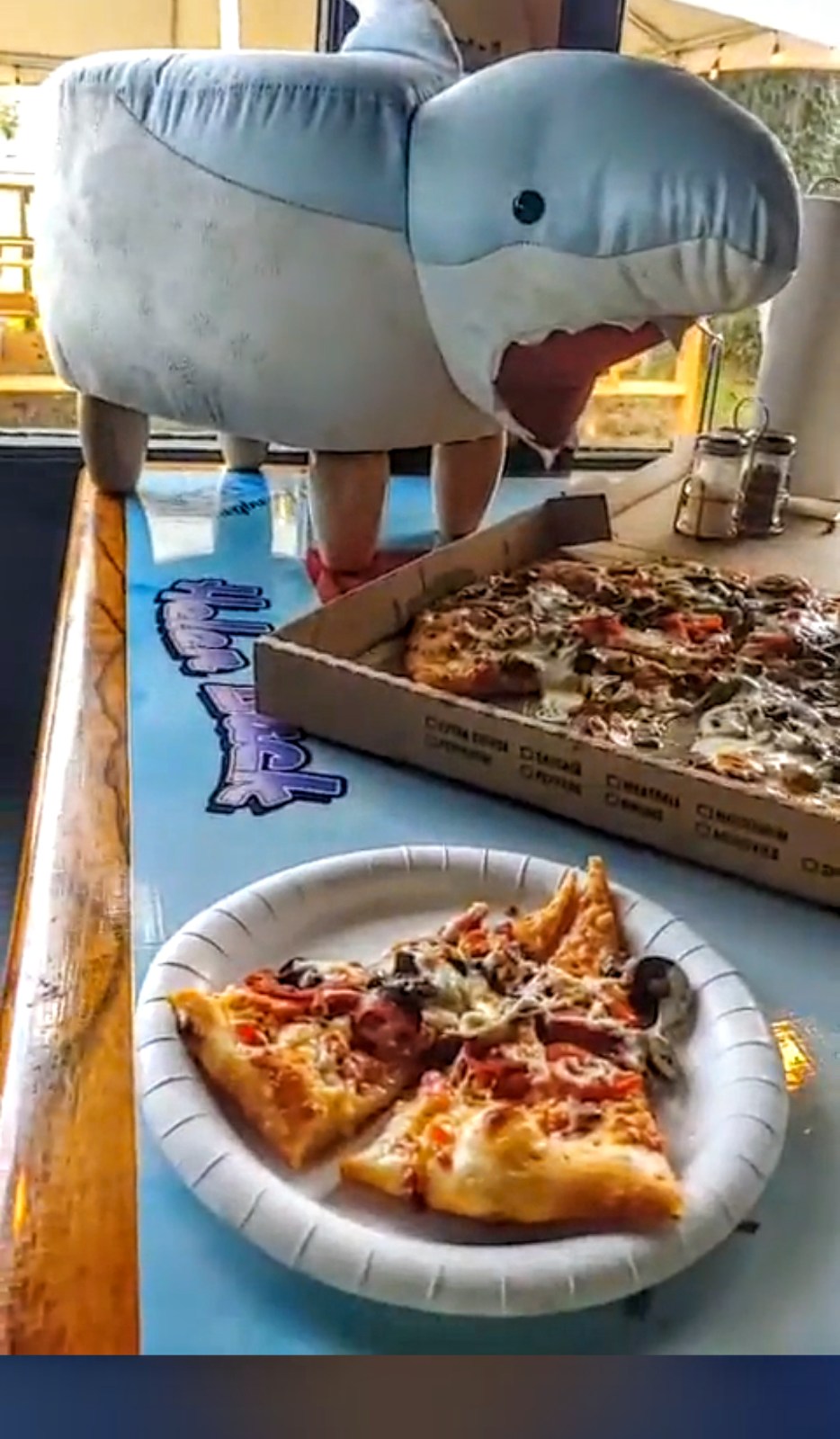 Our only other outing so far was to make the grocery run to Walmart on Saturday morning. That poor kid Chad, who thought he was safe in his mask,  well I think he was just pretending he was not fearing for his life when he saw my big, strong, flesh eating jaws all up in his face the minute he opened the hatchback. Lucinda spoiled that for me too, when she warned him about me just as the hatchback was opening up to him. I could have had my own leftovers much like that pizza that could have fed me for days. Maybe over time, Lucinda will learn that it behooves her to keep me fed. After all, she does plan to get a doodle puppy one day and I love me some puppy tartar. 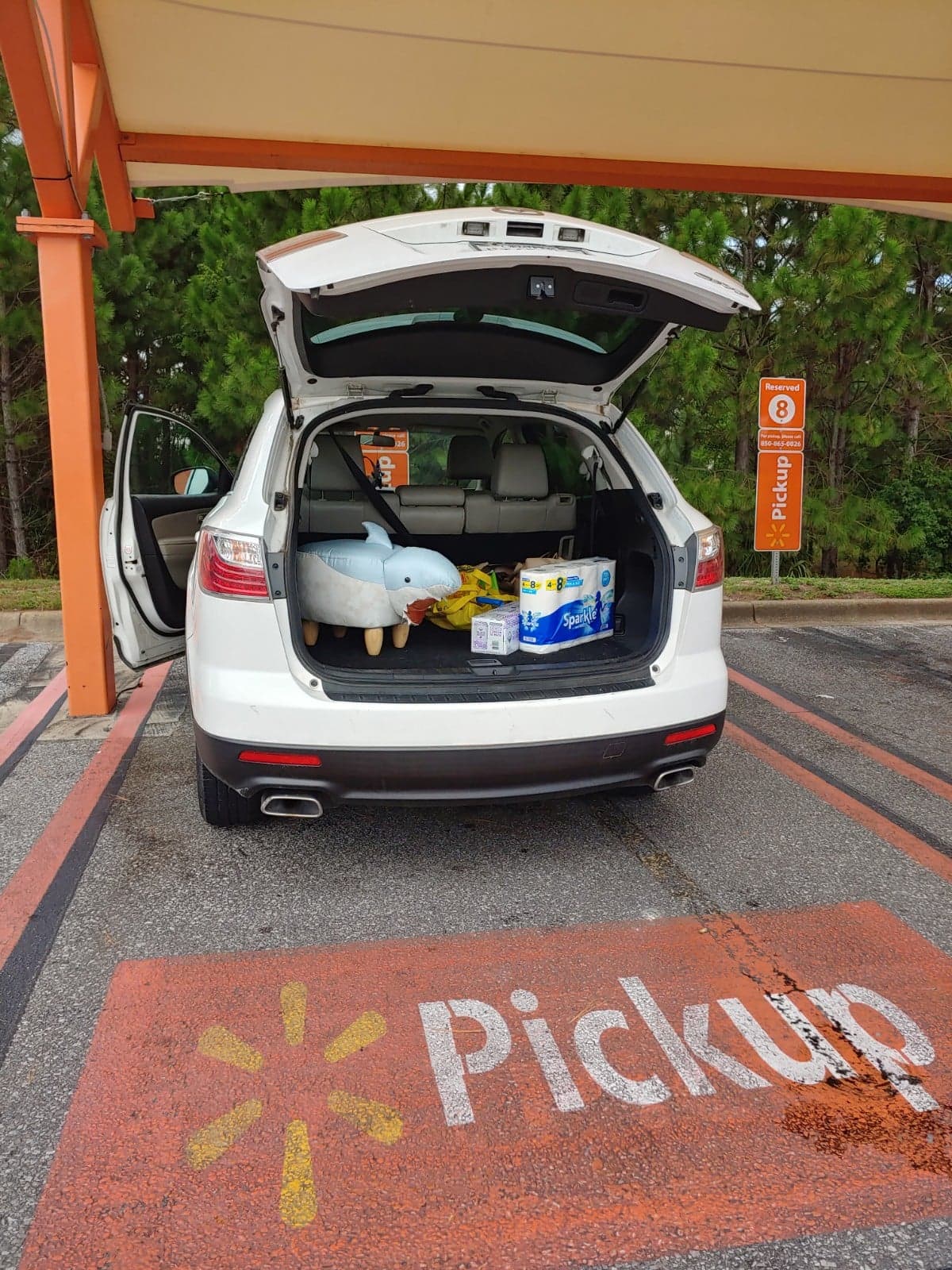 (Lucinda now:) Boy, he’s a chatty little critter isn’t he!?! Who knew he had so much personality!?! I can hardly wait to see what happens next.

Please join us, won’t you?  The first thing I need is your help giving him a proper name. So give it your best shot. Click on this link to his Facebook page and share it with your friends who need some joy in their lives. Let’s make this a story that we all write together!